ABOUT / HOME
M
M e d b
the line between right and wrong was so fine
Medb, Queen of Connaught
'Great are Medb's deeds, but I fear a hand behind the back with her.'
ABOUT PERSONALITY APPEARANCE HISTORY
ABOUT MEDB
How sweet life would be if I could be free


HOME
PERSONALITY
To the soul's desires the body listens

Medb is driven - always has been, even as a young girl. She always strove to be the very best and stand out from her sisters. She is happy to politely ask for what she wants, but if it isn't granted she's take it by force. Her arrogance is often her downfall and she fails to see the flaws in her brilliant plans before they bite her on the ass.

And she is, yes, a little bit murderous. It's not as though she gets pleasure out of killing people - she'd honestly rather stay away from all that messy horrible stuff, but sometimes people are in your way and the only logical step is to remove them. There's also the small matter of how if someone wrongs her in the smallest way she will remember it forever. You cut her off in traffic once? Well, now it's twenty years later and Medb has tracked you down to smash the windows of you car and you have no idea why.

She's still stronger and faster than she looks. Although she's fully capable of looking after herself, she's never ashamed to pull the 'you wouldn't hit a woman' card with people.

Incredibly proud of her Irish identity and endlessly annoyed by Americans talking about how endlessly Irish they are because of some far distant relation. Her accent is still strong, and she keeps up with Irish politics. She wishes she was back in the old homeland instead of stuck here.

She is constantly comparing what she has to others, annoyed when people have things that are better than her. Especially since these days she doesn't have the wealth of an entire country behind her to fund anything she desires. If you have a fancier phone than her Medb won't say anything, but rest assured she is stewing over it.

Paradoxically, despite her greedy nature, Medb is incredibly giving to others. She not only lavishes gifts upon those she likes, but she is charitable with her money towards quite a few causes. She likes to give but most of it comes down to how good it makes her feel and look, and less about the benefit it will provide to others. That's just a fortunate side effect.

HOME
APPEARANCE
Am I beautiful as I tear you to pieces? 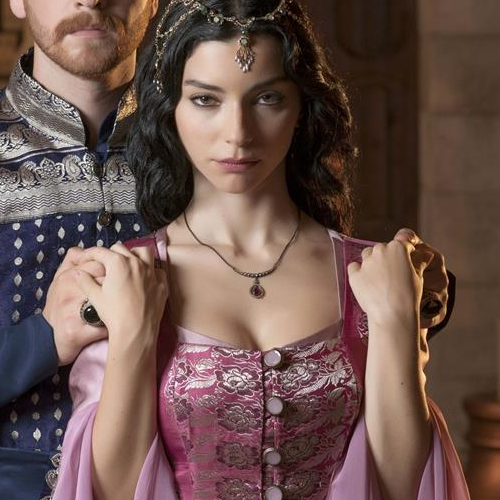 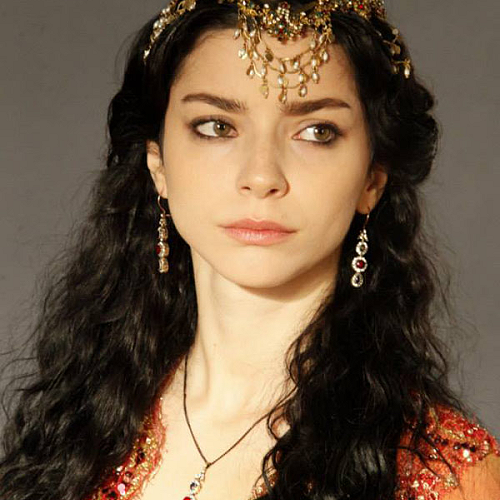 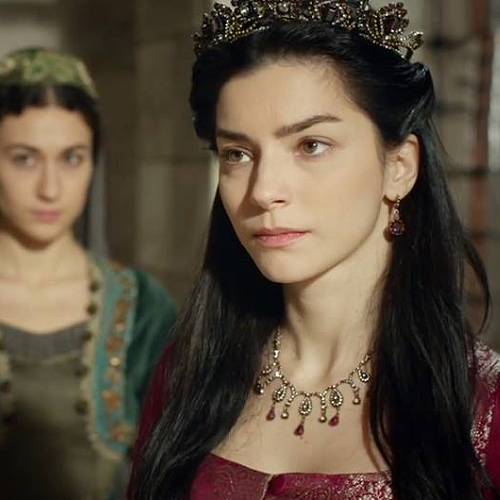 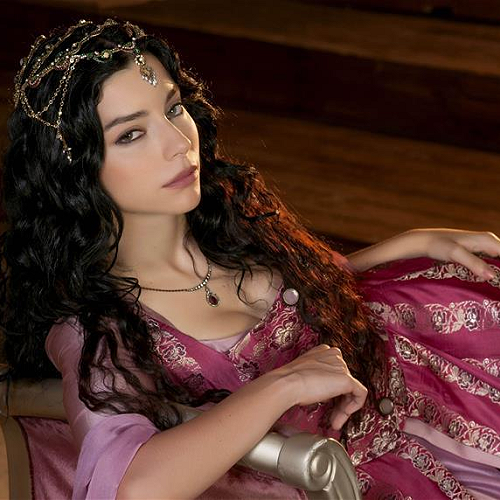 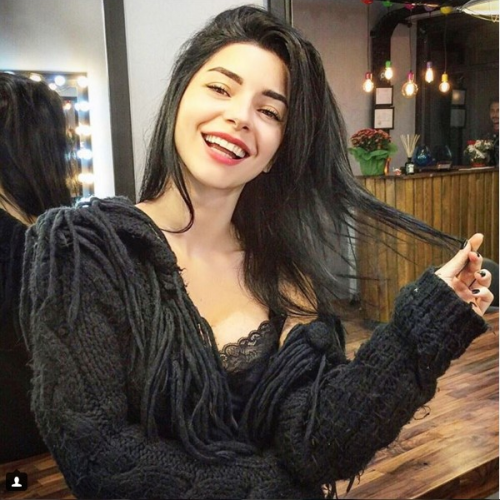 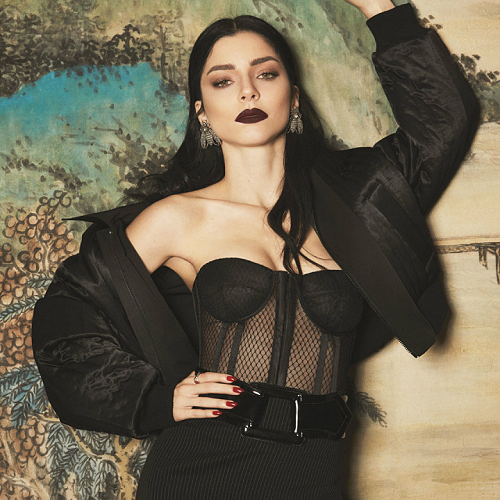 HOME
HISTORY
acknowledge the past as lessons exquisitely crafted
Medb began her life as a goddess, before being transformed into a mortal queen. Even then she retains some of her early roots though. Medb is a sovereignty goddess, a uniquely Celtic figure with whom a man must first drink mead and enter into a sacred marriage with before he could become king. Ancient kings needed to have the approval of the sovereignty goddess of their area of they would never be allowed to rule. Her name means 'intoxicating' and refers to this. She was also a war goddess who, unlike many of the other Irish war goddesses, went into battle with sword and shield instead of magic. As well as kingship and war, Medb was a goddess of prosperity, wealth, vitality, fertility, and sexuality. Connected strongly to the earth, she was often accompanied by birds and small animals draped across her shoulders.

However, most of the info we have about Medb comes from much later stories in which she was one of seven daughters born to the High King of the Irish kingdom of Tara. Although it isn't said where she came in the birth order, her impressiveness from the beginning scored her a fine place in her father's eyes. Not only was she the most beautiful of the sisters, but she was best of them in battle and combat, and could run faster than a horse. She managed to bring in fifteen hundred people from a neighboring kingdom to be slaves in theirs, and for this her father gave Medb the province of Cruachan.

Men came from all over Ireland to try and win her hand in marriage and she refused them because she had a very specific demand: that she would only marry 'a husband without avarice, without jealousy, without fear.'

For should he be mean, the man with whom I should live, we were ill-matched together, inasmuch as I am great in largess and gift-giving. Were my husband a coward,'twere as unfit for us to be mated, for I by myself and alone break battles and fights and combats, and 'twould be a reproach for my husband should his wife be more full of life than himself. Should he be jealous, the husband with whom I should live, that too would not suit me, for there never was a time that I had not my paramour.

However, she didn't even up getting to chose her first husband. She was given by her father to Conchobar mac Nessa, king of Ulster, after he killed the man's father in battle. Medb and Conchobar were married for a little while and she gave birth to their son Glaisne, but the marriage was 'bad'. The few sources seem to disagree on the cause of this badness. One says that Conchobar was violent, another says that Medb grew bored with him. So maybe it was a bit of both. Either way, Medb left him.

To make up for this Medb's father then gifted Conchobar with another of his daughters, Clothru, and they were soon expecting a child. When her father up and died, he left instructions that Clothru was to be made queen of Connacht. Medb was pissed. She drowned her very pregnant sister in a river and then took the crown by force.

In retaliation Conchobar waited until all the clans were gathered at Tara and then, in a break between talks, followed Medb down to the river and raped her.

Her new husband Tinni challenged Conchobar to combat but was killed, and his rival-for-the-throne Eochaid Dála protected Connacht's army as they all retreated and Medb took him as her next husband and the new king. While married to him, she took Ailill mac Máta, his chief bodyguard, as her lover. When the kind discovered this affair he decided it was time for more combat and was killed. So Medb married her ex-bodyguard lover and made him the new king.

When she and her husband were looking through their stuff, Medb realised that while they were pretty equal on all things, Ailill was one bull stud richer than her. This would NOT do. They realised that the only bull that would be as good as his one belonged to a vassal of Conchobar's. So they decided to steal it for themselves, because then she gets the bull but also: screw Conchobar, that jerk.

They raised an army with troops from all over Ireland, including a group of Ulster exiles led by Conchobar's estranged son Cormac Cond Longas ,and his foster father, Fergus. (Fergus happened to be one of Medb's lovers, and quite a good one apparently. It was said that it took seven men to truly sexually satisfy Medb, or one Fergus. So... clearly the guy knew his stuff.)

Medb and her warriors had to go up against the famously impressive Cúchulainn. There was lots of fighting and drama but eventually Medb got a hold of the bull before being forced to retreat. Then as soon as they got the bull home it fought with Ailill's bull, killed him, and then immeditaly died of exhaustion.

Medb continues to run into Cúchulainn, the two becoming just the best of enemies, and he keeps killing her pets and/or handmaidens. A bunch of places in Ireland got named after who or what of Medb's Cuchulainn murdered there and how.

She's not forgotten her other enemy though, and goes to ask a druid which of her sons will kill Conchobar and he tells her that it will be Maine. As she doesn't have a son called Maine this is unfortunate, so she fixes it by renaming all seven of her sons that. And, lo and behold, one of them eventually does kill Conchobar.

Um, except it's just another dude called Conchobar and not the one she was hoping for.

Ailill kills Fergus, having gotten well sick of his affair with Medb. But this didn't turn out to well for him in the end - a friend of his from Ulster, Conall, came to stay with them, and Medb told him to keep an eye on her husband and see if he was cheating on her (which is pretty rich coming from Medb). When they caught him in the act, Medb orders Conall to murder him, and he's thrilled to get revenge for poor old Fergus. But Ailill's guards kill him after he tries to flee the murder scene.

Medb was supposedly 125 when the son of her murdered sister came for his revenge. He killed her by throwing a big piece of cheese at her head. I guess when you're that old, the skull is pretty soft...

She was buried, facing upright towards her enemies in Ulster, in a 40 foot high stone cairn on the summit of Knocknarea in County Sligo.

Writers have spoken of Medb being the archetypal warrior queen as well as a symbol of women's power and uncontrolled sexuality, using her both as a positive symbol or negative depending on their view.

She is strongly connected in pop culture to Queen Mab of the Fairies, the folklore figure made famous by Shakespeare and then showing up in lots of other stories since then whenever people need a fairy queen with a past. There may or may not be a connection between Medb and Mab, but many people think of the two of them as interchangeable and so Medb has sorted of started feeling that way too. By now she considers herself at least part fairy and feels that way to other fairy kind as well. Besides, she's devious and tricksy and changeable enough to be the perfect fairy anyway.