Vacation!
So, I got back from Tenerife about three weeks ago, but I've been putting off posting because I wanted to post some images and my Photoshop is completely shot (and my computer isn't far behind). Of course, since I just bought a new couch, I can't afford a new computer and the accompanying Photoshop until next month at the earliest. So screw it! Unedited photos it is!

Caveat: with a lot (ALL) of these, I was experimenting with light and shutter speeds and stuff, so they're images that will probably look tons better after they've been tinkered with a bit. But I think some of these, especially the sunset shots (all of which were taken after the actual sun had set! Go figure!), look pretty cool in their raw state (NB: these photos are not actually raw, but the jpg versions of the raw images). 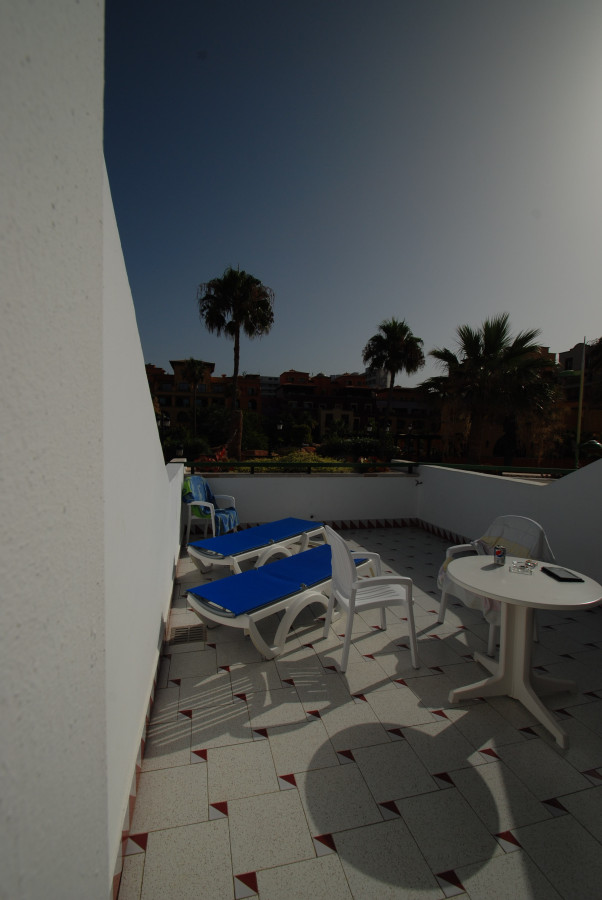 Our terrace was HUGE. 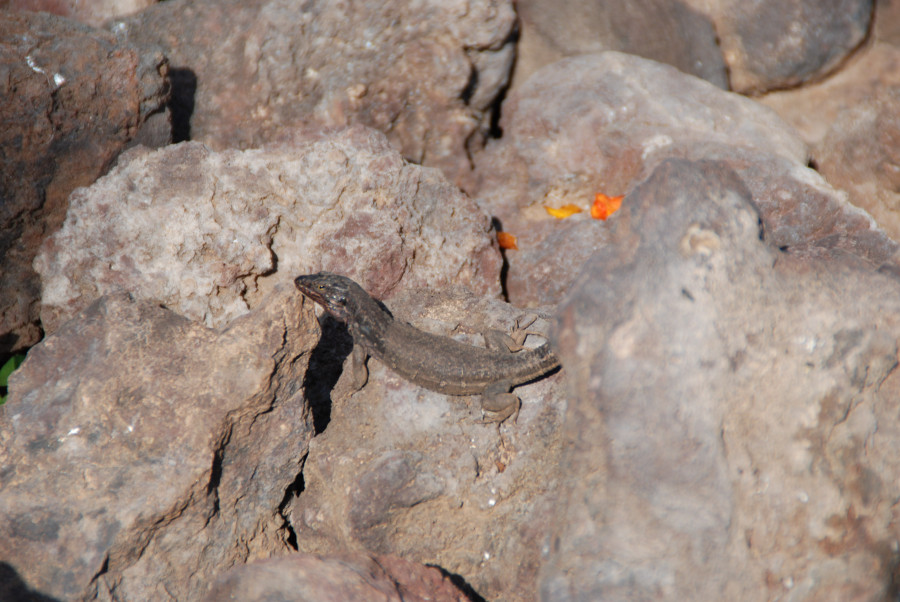 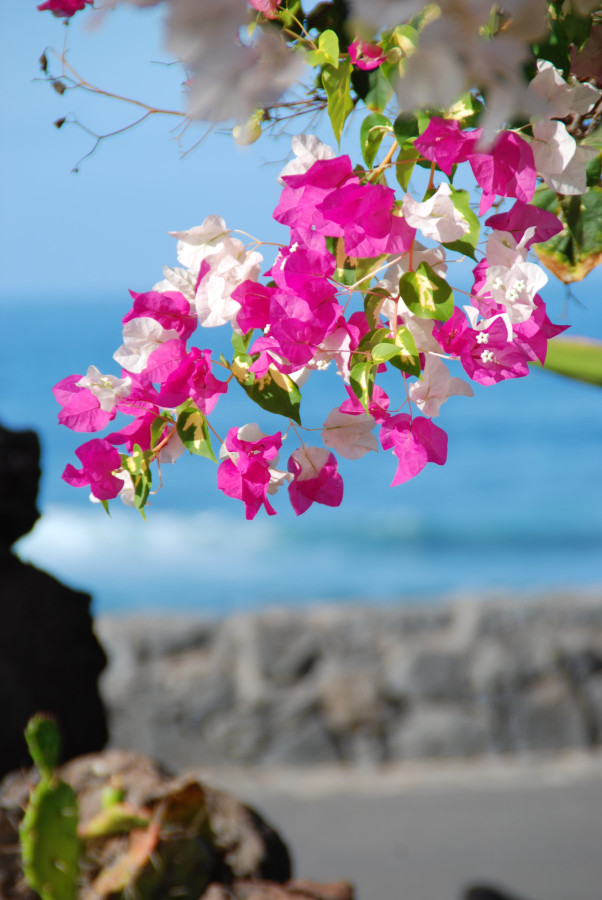 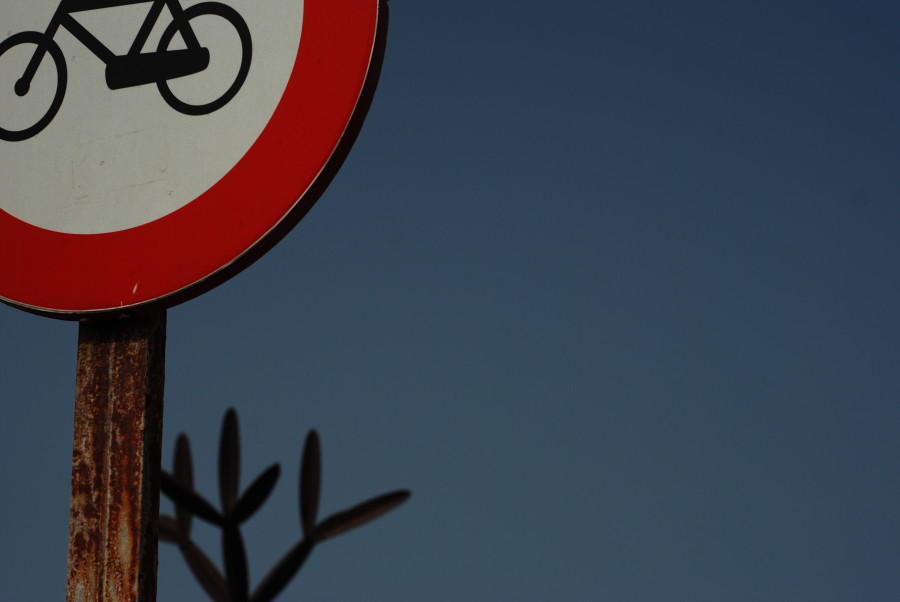 I played around with my new wide-angle lens quite a lot... 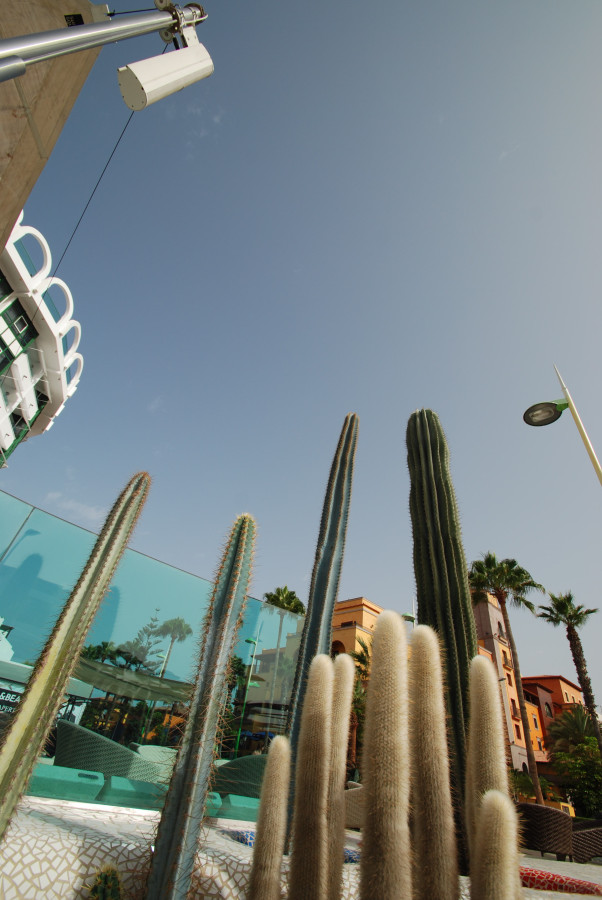 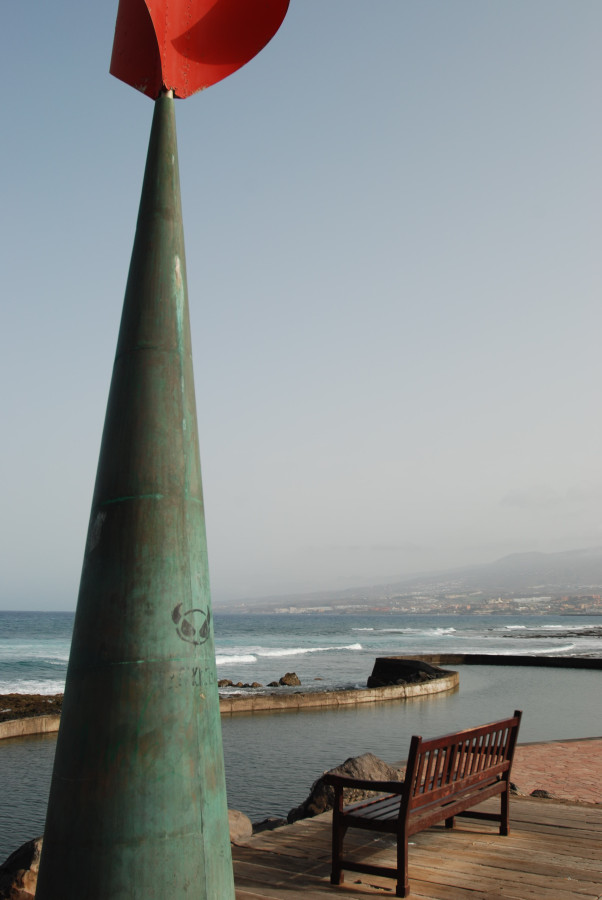 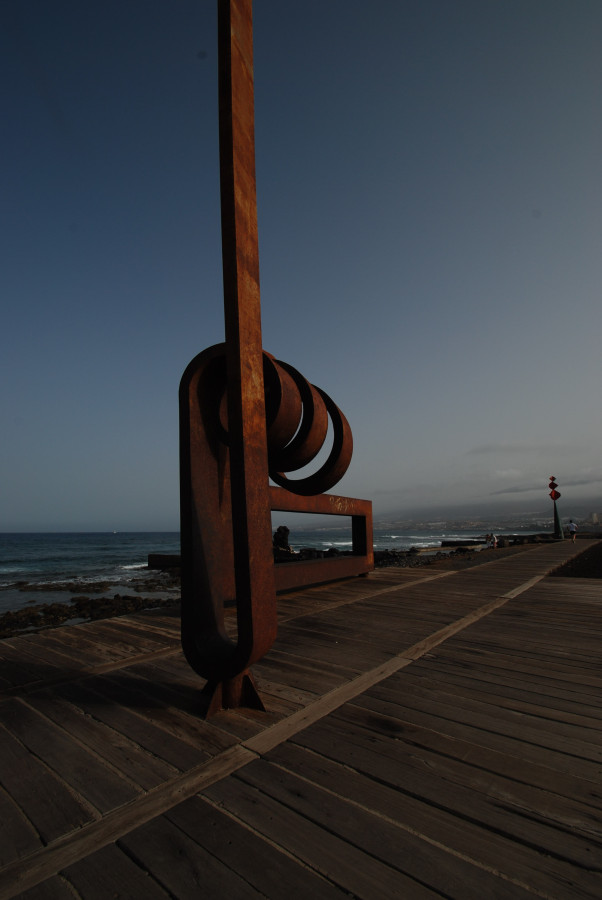 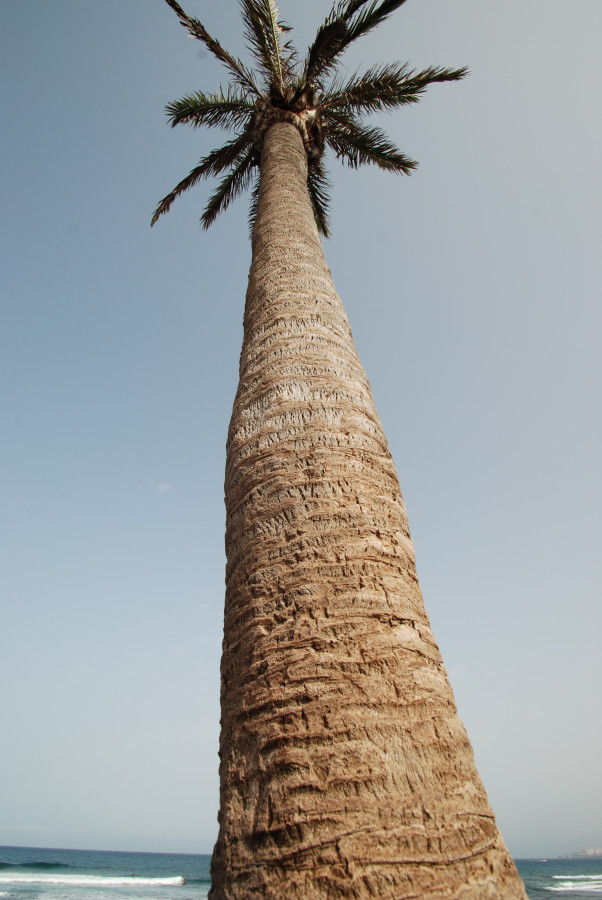 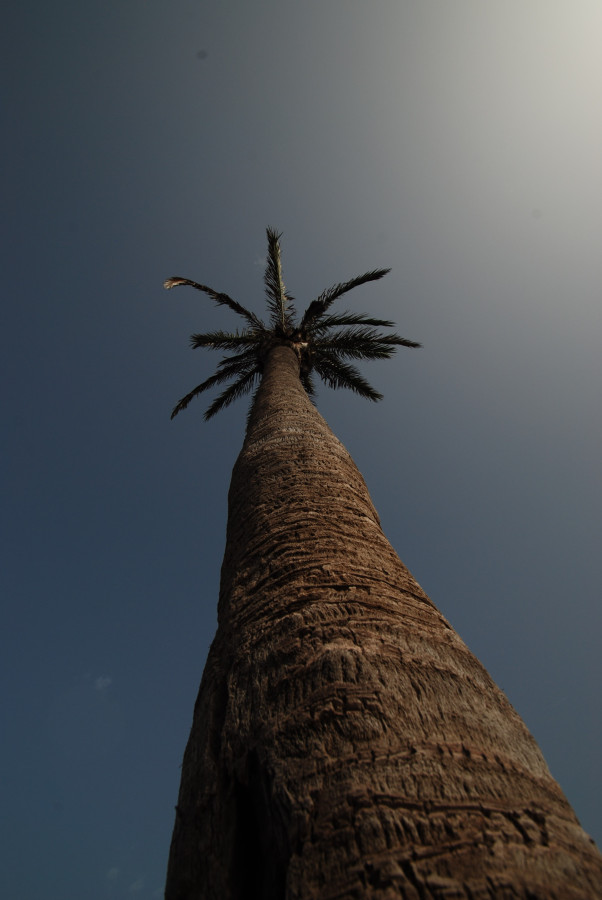 These are basically all the same shot, but I pretty much loved all of them. 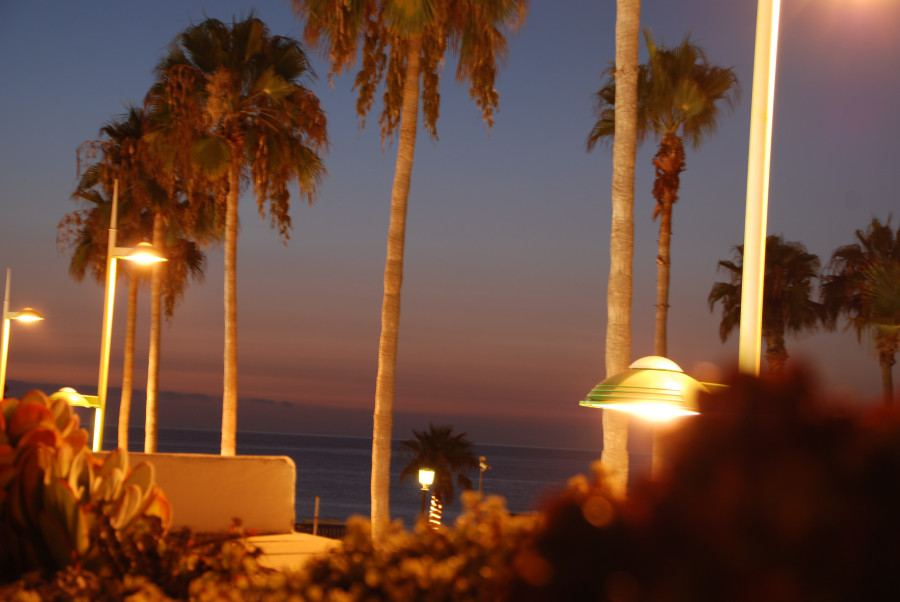 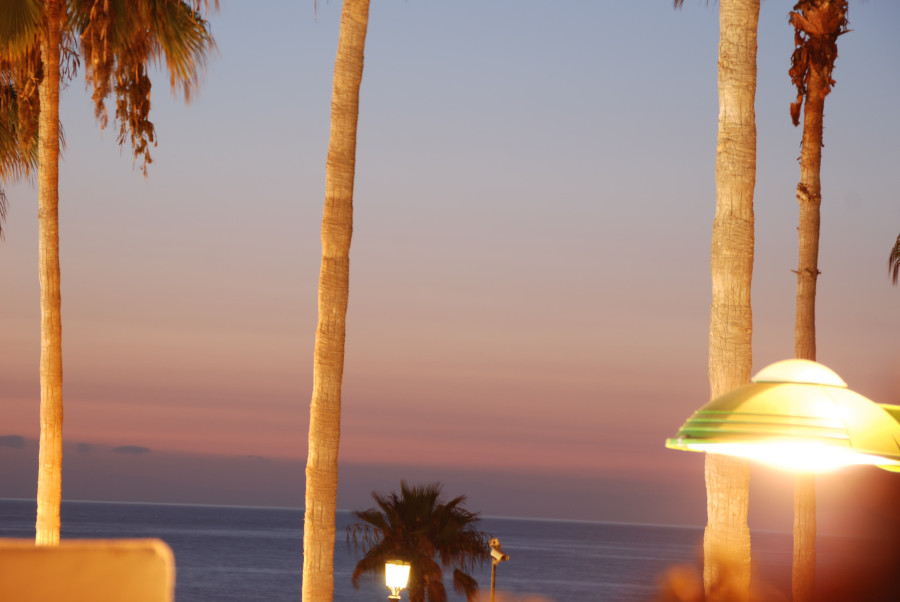 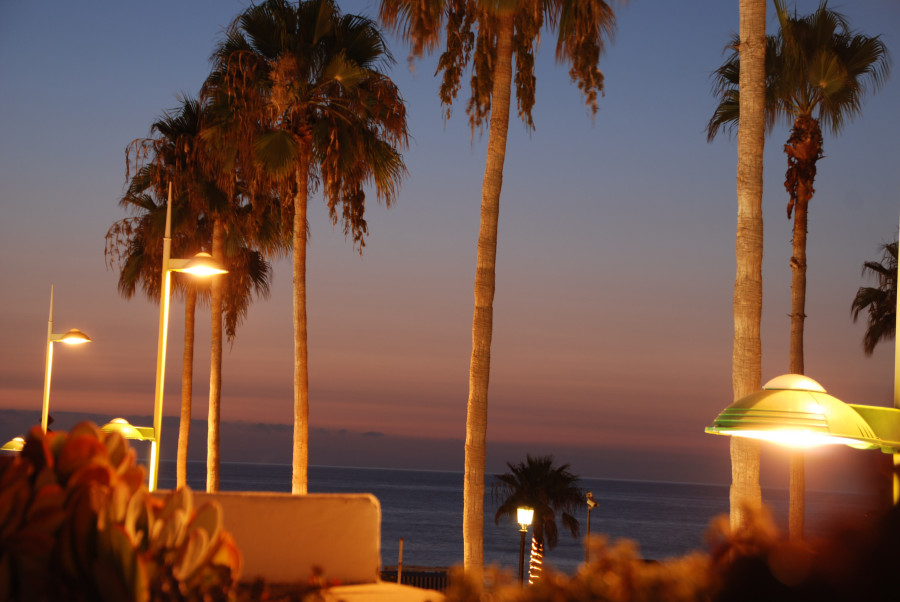 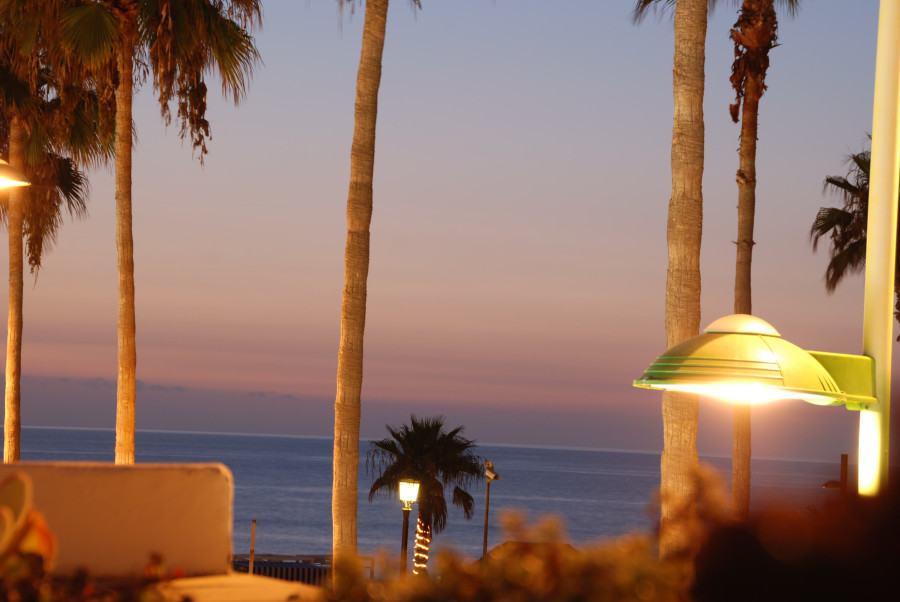 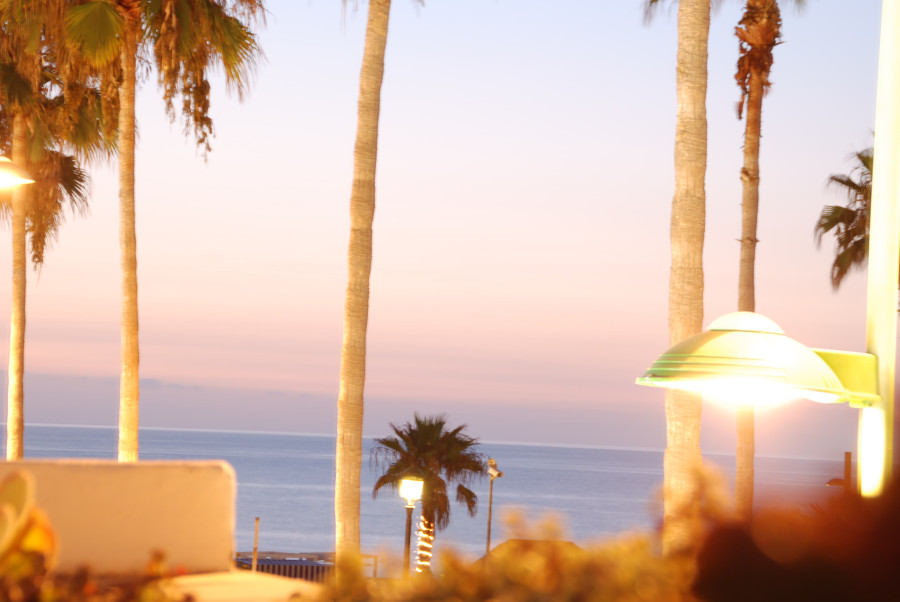 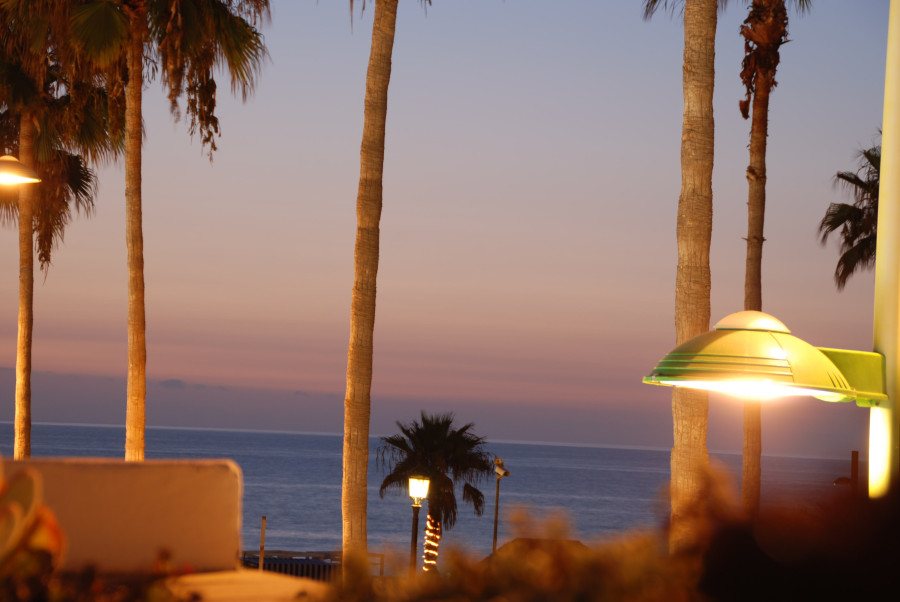 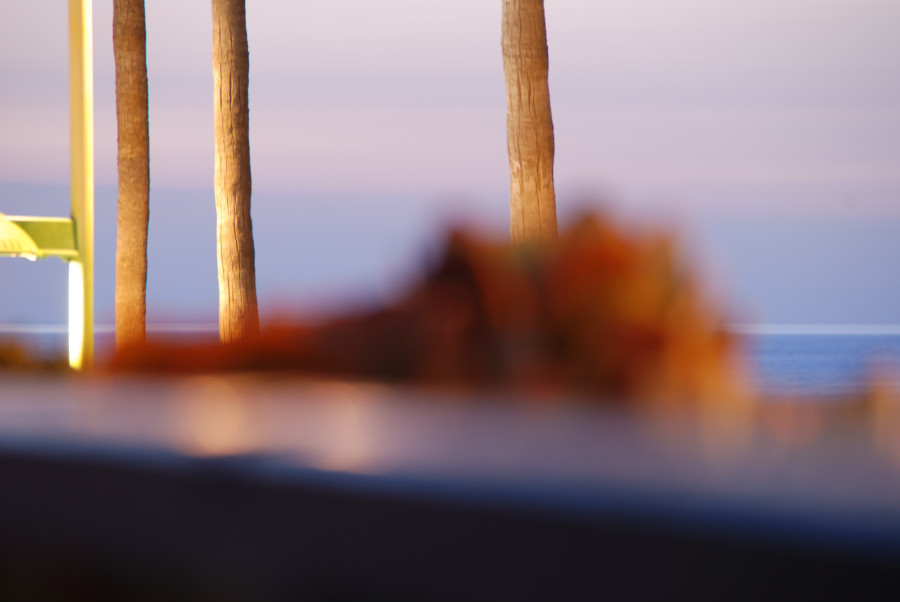 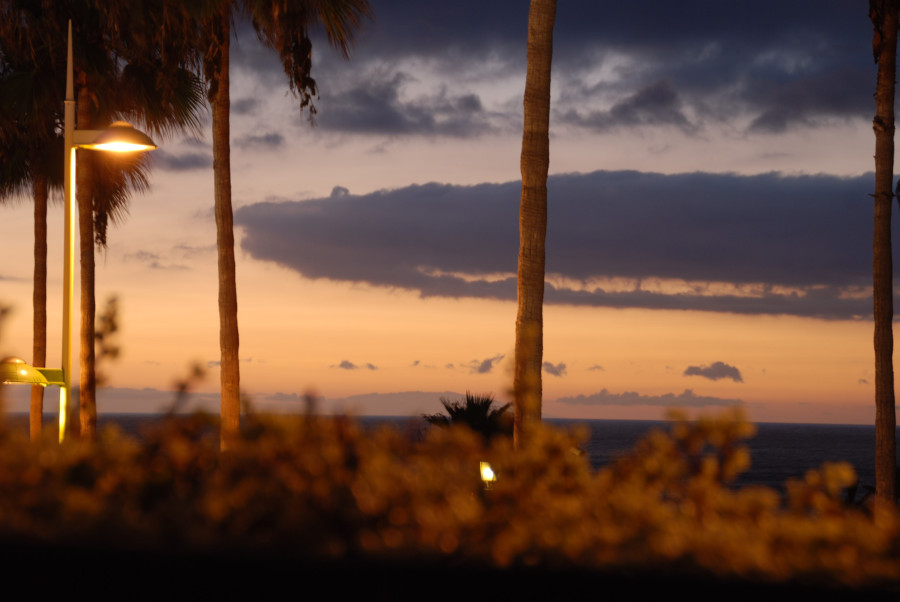 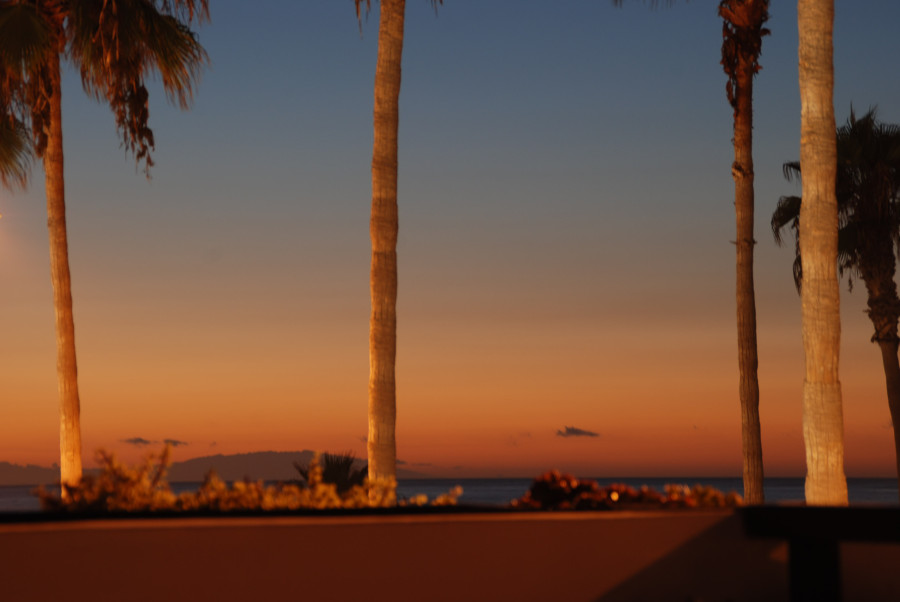 Oh yeah...AND OUR TERRACE HAD A FREAKIN' OCEAN VIEW. It was pretty awesome. Less awesome was not having a tripod, because setting the camera down on the terrace wall and just hoping for a good sunset shot meant a lot (A LOT) of duds.

(That island you see between the palm trees in that last image is La Gomera, which is currently burning to the ground. Eeek!)

Also, that camera bag I bought turned out to be even more awesome than I thought, because the short straps are juuuuust long enough to make it possible to carry the bag like a backpack. MOST AWESOME CAMERA BAG IN EXISTENCE.

On vacation, I read nine books (I think. Most of them were my reread of Harry Potter), watched seven seasons of television (Lost Girl season 2, which I loved, Teen Wolf season 1 and some of season 2, which I'm extremely meh about and which I haven't even bothered to catch up on since I came back, The Walking Dead season 1, which actually started to get interesting towards the end and which I will catch up on...some day, 10 Things I Hate About You, which I enjoyed okay, but I wish they had focused less on Bianca, who bored me, as well as three seasons of Design Star), and managed to burn myself on the very last day. How I managed to burn myself on the last day when I didn't burn myself at all in the three previous weeks I'll never know, but burn myself I did.

When I got back I spent the rest of my vacation catching up on TV:

Bunheads
I really like Michelle and some of the bunheads, but I have nowhere near the affection for her that I did Lorelai even this early in the Gilmore Girl run. My main complaint about this show is that there is nothing to 'ship.

It is my favorite show of the summer season though, and I wish there were more than 10 episodes.

The Newsroom
I'm totally enjoying this, all the while bracing for something heinous to happen. You know, Sorkin!heinous, where he does something that completely ruins the show, not plot!heinous, where things go bad for the characters. That I can actually handle. Sorkin's personal brand of heinous? Not so much.

Suits
I don't know what it is about Suits that appeals to me so when I'm nowhere even close to a Harvey/Mike 'shipper, but I find it completely delightful. Especially the women! Which I'm pretty sure means I'm watching this show wrong. Heh!

Rookie Blue
Could Andy and Sam get any cuter? I kinda love them a whole lot this season.

You know what I didn't love? HAVING TO WAIT TWO WEEKS TO FIND OUT IF GAIL WAS OKAY. Like seriously, that was mean. Especially because I could have caught up with some other show first and not have had to wait that long if I'd only known what rat bastards they were.

And killing Jerry kind of broke my heart. Not because of any great affection for him, but because Traci had finally opened up and I could actually see why they worked together. And then SPLAT. 'Ship roadkill.

I also watched Leverage season 4 (seriously, the only reasons to watch this show are Hardison-Parker-Eliot. The others could go in the wood chipper for all I care) and The Closer season 7 (which ended well, I think. I tried the first episode of Major Crimes, but it could barely hold my attention.)

Actually, I've watched a ton of other stuff, but I'm already bored typing out my vague thoughts about things. What I need is a freakin' 'ship to obsess about! Does anything this fall look promising?